“Write it and they’ll come.” I think that’s how Kevin Costner said it in Field of Dreams when he was talking about posts he’d make for his website and how they’d drive readers to the site. Or maybe it was, “build it and they’ll come,” as in if he built a baseball field, the players would come. Whatever the line was, it’s time to get some more posts published here on Dev-eryday. 2018 hasn’t been rich with posts outside of these little Weekly Updates. The updates are nice, and they push me to stay focused on getting better each day, but long, technical posts are great for growth. Information rich posts are also a great way to build up a readership, something that would be a fun side effect.

Those posts need to be written. I’ve got to put in the time and earn the completion of each of them. If you want it, earn it. That’s a philosophy I’ve tried to instill in myself over the last few months. Earning it is the best way to come by anything. A real-life instance that made me think about this philosophy again this week was the $1.6 billion lottery that happened last Tuesday night. That billion-dollar drawing was likely the closest I, and countless others, will ever come to being a billionaire. I didn’t win, nor did I expect to, but it was fun to dream about the possibility. The lottery is a funny thing. Everyone wants to win it, but it’s something that isn’t earned. Chance is the only thing that can make it so. Knowledge, creations, and improvements are not given or deserved, they’re earned. Focus energy on the things that can actually be earned. 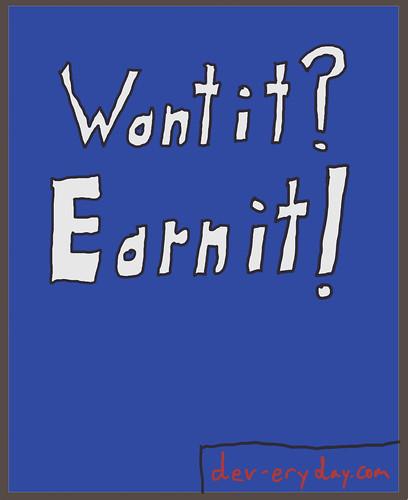 I finished up reading Design It!: From Programmer to Software Architect. I mostly skimmed over the content, but I still picked up a number of interesting new ideas to implement. The book covers not only the technical aspects, but also discusses the importance of the human element when designing software. Communication is essential in order to collect relevant requirements that can in turn be utilized to architect a system design that meets the stakeholder’s needs. Along the way, we’ll need to leverage ideas from the past and the team in order create the best design. Ideas can come from anywhere and design improved via collaboration. Sharing design concepts through digestible formats builds understanding at every level of the software delivery team.

Book(s): Design It!: From Programmer to Software Architect

Book(s): Accelerate: The Science of Lean Software and DevOps

The month of October will come to a close this week. That means there are only two more months to go in 2018. 2018 has gone by way too fast. In addition to writing more posts, I’m also wanting to release at least one more project before the year is over. It’s a tall order to balance everything, but I’d like to work on posts and make progress on a project in the week ahead. I may slow down on the reading and course work to achieve this.