I’ve had Securing ASP.NET Core with OAuth2 and OpenID Connect in my Current Pluralsight Courses for way too long. After several months of having it in my list, I was finally able to finish the course this week. I don’t know why I got away from it for so long, but it’s a course that’s well worth viewing. I started watching it and kind of forgot about it for the last few months. In the meantime I have come a long way in my knowledge of IdentityServer4, the token provider featured in the course, which helped me digest the material more easily. It’s time to put some of the knowledge into practice. 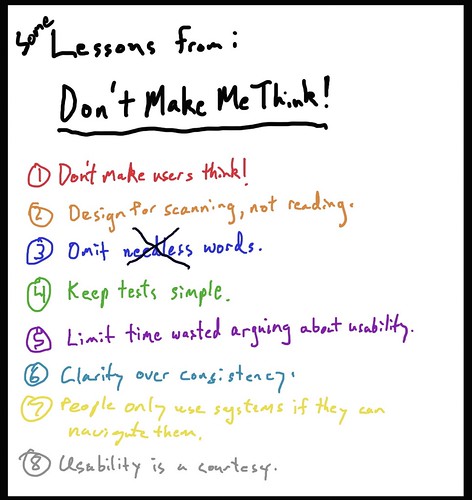 In addition to improving my system design skills in 2018, I also want to improve my user experience design skills. That’s why I read through Steve Krug’s Don’t Make Me Think, Revisited this week. This is the third version of the book and it was originally released in 2013. I actually read the second edition in 2012, which was quite old at the time, so now was the perfect time to crack open the latest release to both review and improve upon the material. The third edition is full tips that can be used to improve user experience. The material is general enough that it will still be useful years from now.

It’s going to be a pretty standard week. I’m going to continue developing my IdeaListz application. I’ve been checking in code for it daily to a private Git repository. The development is coming along nicely, but I’m taking it slow. There’s no rush to get it live right now. Outside of that, I’m going to probably finish a book and a Pluralsight course and keep on learning every day. It’s going to be another great week.