I was able to finish Working Effectively with Legacy Code week. The book is an outstanding guide on how to software developers can go about working with codebases that aren’t in pristine shape. One of the key messages of the book is that getting your code under test is often the most important step in moving a codebase closer to where it needs to be. Tests aren’t a silver bullet but getting the classes and methods you need to change under test helps you ensure your changes don’t break and the modifications work as expected. Once the tests are written they’re available for when the time comes to change that code again. The book is full of tips on how we can modify our code to make it testable. It also has techniques that can be used on codebases where testing isn’t an option. These test-less scenarios may not be ideal, but they are sometimes the only option. I enjoyed Working Effectively with Legacy Code and I’d recommend it to any developer, not only those who have to work on “legacy” codebases.

On the video front, I viewed a short course, Machine Learning and Microsoft Cognitive Services, this week. It was pretty cool. The course showed some demos of Microsoft’s readymade cloud Machine Learning tools. There are some cool tools out there. Not only that, they seem easy to use. Microsoft provides tools for in app search APIs, video and image moderation, and other data analysis tools. These tools lower the bar for some impressive functionality. 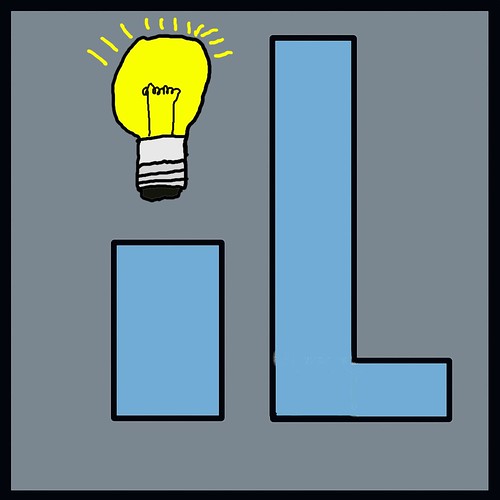 Pluralsight recently added a course on CSS grid. It’s called “Building Layouts with the CSS Grid” and I’m currently working through it and should finish it early this week. I’ve been working with CSS Grid for a few weeks now and it’s a phenomenal tool for laying out websites. It makes layouts for novice CSS users, like me, a lot easier.

I’m continuing with software development focused reading. I’ve started on Dependency Injection in .NET and I’m going to see how far I can get in it this week. There isn’t much of a chance that I’ll finish it but I’m going to make some good progress with it.

This week’s image is a stab at what will become the ico for my IdeaListz website. I’ve been drawing these from time to time and this is one I drew today. I drew it using the AutoDesk Sketchbook app for iPad. Before this drawing, all of the other drawing had been completed in OneNote. OneNote has some great drawing capabilities but that isn’t its first objective. I’m quickly getting up to speed with the Sketchbook program and it’s going to improve my drawings by at least 10%.